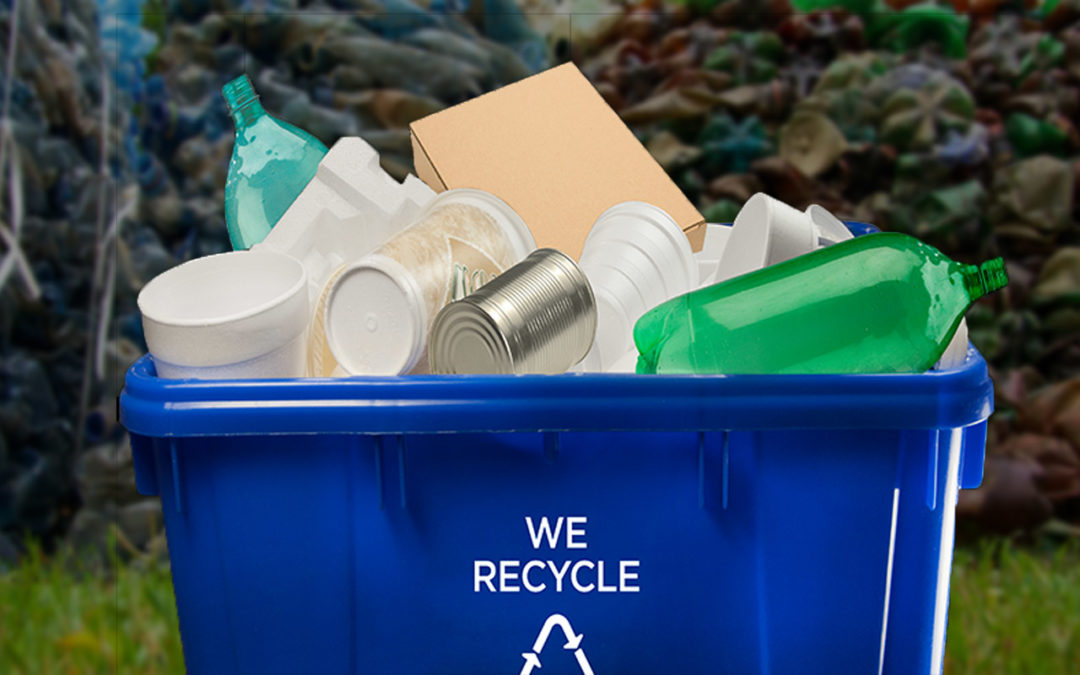 Get ready – because we’re about to bust your biggest recycling myths.

Recycling is – and has always been – a complex issue.

While some dub plastic shopping bags a recyclable item, others beg you not to throw them into your blue bins. In a world rife with recycling contradictions, how can we make sure we’re actually recycling what we should be recycling?

We’re about to debunk some of the most common recycling myths to make sure we’re all doing our part to keep our environment happy and healthy.

Products made with multiple materials can’t be recycled.

Reality: Yes, they can!

When recycling first got started decades ago, the technology and process of recycling were more limited than they are today. People were discouraged from recycling complex items or those made up of different kinds of materials, such as juice boxes or toys.

Today, however, we have machines that can break down items to their constituent materials. In addition, most manufacturers have been producing packaging that is easier to recycle. Couple that with the fact that an increasing number of recyclers are now able to deal with “less desirable” plastics like grocery bags or items made of mixed or unknown resins, and we’ve got a solution for recycling more common household items.

This doesn’t mean you can toss anything you want into a blue bin, but it does mean a wider range of products can be recycled than ever before.

Recycling is a scam.

Reality: Recycling is complicated but it’s getting better.

We sort our items, toss them in the blue bin, wait for them to be collected…and then what?

Since many of us don’t know what happens to our recycling after it’s picked up, it’s not surprising that skepticism might arise. Occasional news reports or gossip warn of garbage collectors tossing carefully sorted piles into the landfill or restaurant chains tossing garbage and recyclables into the same bins.

While it’s hard to debunk this myth entirely, we can tell you that the recycling industry has been showing signs of maturing over the last few years. Every year in Canada, we throw away 3 million tonnes of plastic waste – and only 9% of that gets recycled. What’s going on here? A combination incorrect recycling, the economic benefits of sending trash to Asia, and inconsistencies in the recycling industry all play a part.

But things are improving. In Canada, for example, the government has a plan to halt landfilling of plastic garbage by 90%. As a part of this plan, the country will ban single-use plastics and work with provinces and territories to create better standards for companies that manufacture plastics. Only time will tell how effective this plan is, but in the meantime, we can all do a little bit better when it comes to recycling.

Reality: No, it doesn’t!

All plastics can be recycled.

If you’ve been eagerly tossing any and all plastic items into the blue bin, stop now! Always look at the triangle symbol and number on your plastic item before recycling. Most people see the triangle and assume it indicates that item is recyclable – but this symbol is NOT a recyclable symbol. If you’re unsure about what the symbols mean, check out the EPA’s handy guide that breaks down the different types of plastic and consult your local recycling provider to see what it accepts.

Unlike most paper items, paper cups can’t be recycled because they’re coated in plastic. The plastic is what allows them to hold liquid without leaking. It’s also why they can’t be broken down into pulp and turned into recycled paper. However, you can always recycle the paper sleeves and plastic lids (any colour but black) that come with them!

Every city, town and municipality has a different recycling program. Be sure to check local guidelines to make sure you’re doing your part!

If you live in Toronto, we’re making things super easy for you! Check out the list below for items that should 100% be tossed into your blue bins:

Items Accepted in the Blue Bin

Items Accepted in the Blue Bin

Note: Place pieces smaller than a business card in envelope or add to bag of shredded paper.

Recycling comes with a host of contradictions, myths, and scrutiny.

One thing we know for certain: recycling remains an important way to reduce litter and waste and recover valuable materials while conserving substantial amounts of energy and water.